First Sail of the Year

With Easter being very early this year, it was always going to be a cold and damp first sail of the year but four nights on board did check what I'd forgotten. 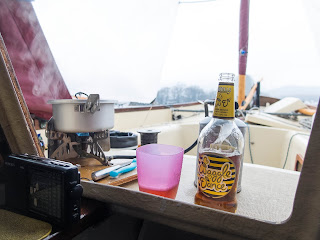 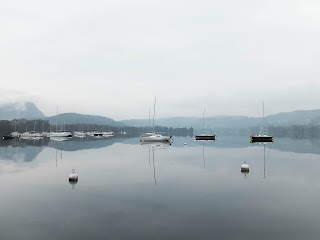 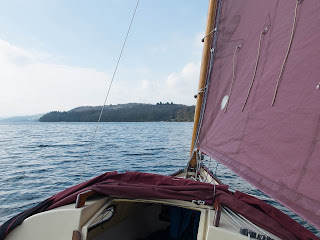 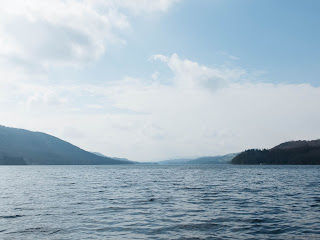 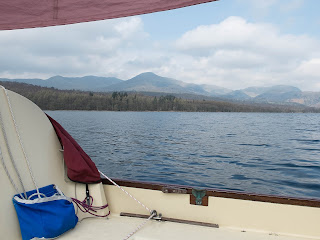 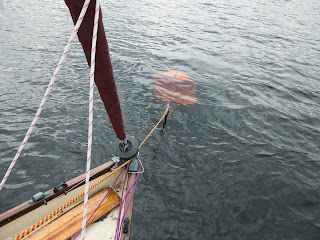 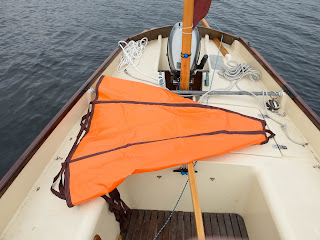 Over the winter we invested in a sea anchor, the description was for boats up to 25 feet in length and worked very well but I do wonder if it really needs to be this big and perhaps the next size down may have been suitable? Also there needs to be plenty of rope for a rode length of even 5 times the boat length, plus a trip line, means we'll need to carry some more line. However, it does roll/fold up quite small. 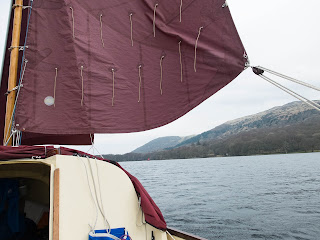 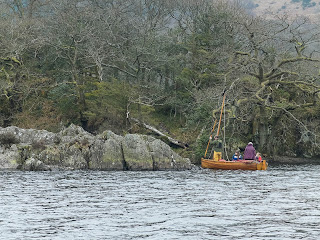 This is the entrance harbour on Peel Island. Later that day I spotted the boat again but this time at the bottom of field from Bank Ground Farm, which was used in the 1974 Swallows and Amazons film. The boat house is to the left and out of shot but a floating jetty can be seen, which is used in the summer. I'd hoped to catch up with the crew of the boat, to find out a little more about its history and it is flying the flag of the "Amazons" - Nancy and Peggy Blackett. 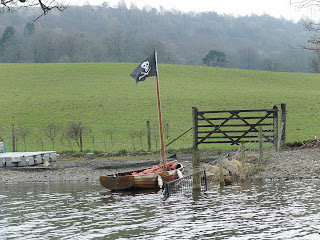 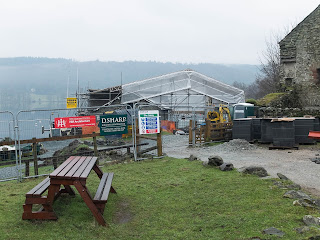 The sailing club is having an extension built, which will include new toilets and changing rooms. All credit to the committee to get the project financed and planned.