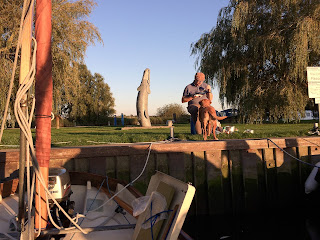 Nine boats launched at the Waveney River Centre, who were very welcoming and helpful. There are toilets, showers, as well as a shop and pub/restaurant. The slip was easy to use, but with only just enough space to reverse and line up a Coaster when launching. When we came to take the boats out it was low tide and the slip was then only just long enough, as well as being slippery. 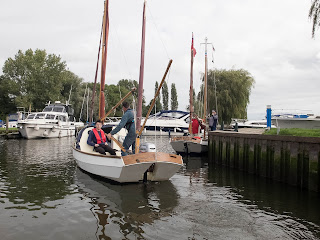 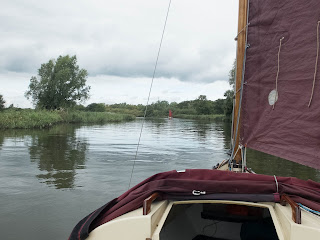 Heading - slowly - along the River Waveney, towards Beccles. It is necessary to drop the mast at Beccles to get under the road bridge, however there are limited opportunities to raise the mast again once under the bridge. 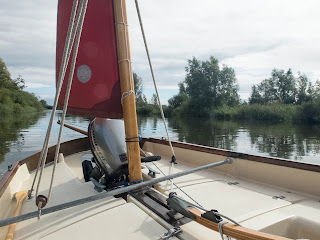 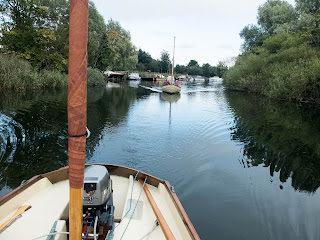 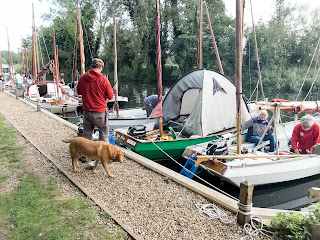 Moored at Geldeston Lock, which is the limit of navigation. There is also a pub here serving food as well as beer. 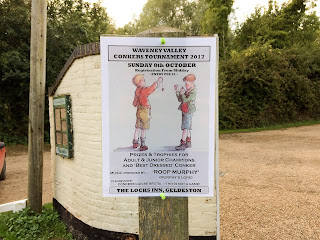 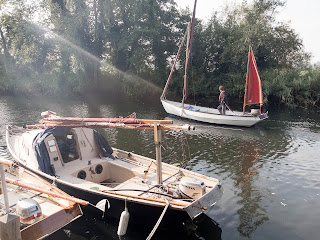 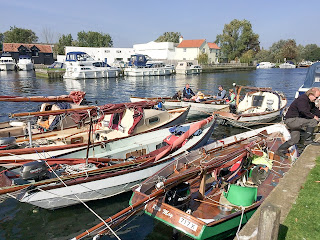 There are two bridges at Beccles, the second one (as you head upstream) is very low at high tide and there was only just enough space for a Coaster with a lowered mast. 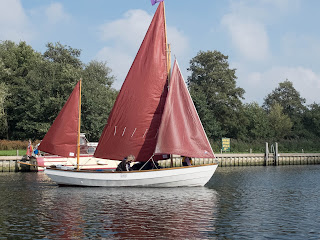