Ice on the decks !

Three days of excellent weather but with wonderful clear skies at night, I woke up to find ice had formed on the deck, which meant the step onto the pontoon was taken with care. Friday and Saturday gave some excellent sailing. However, on the Sunday the wind go up to force 5, which gave a more exciting sail, with the main and jib both reefed I still needed to let the mainsheet out at times. 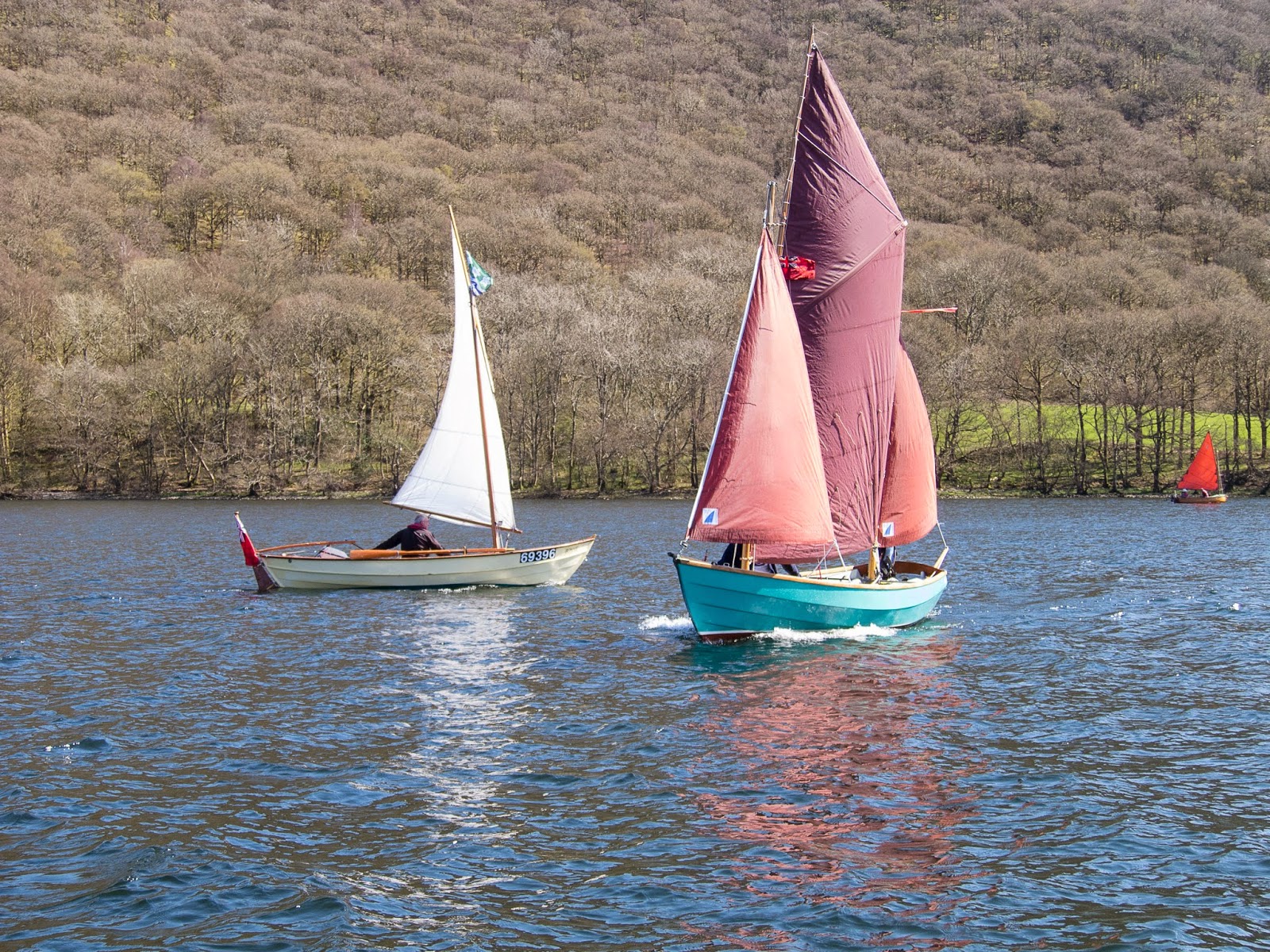 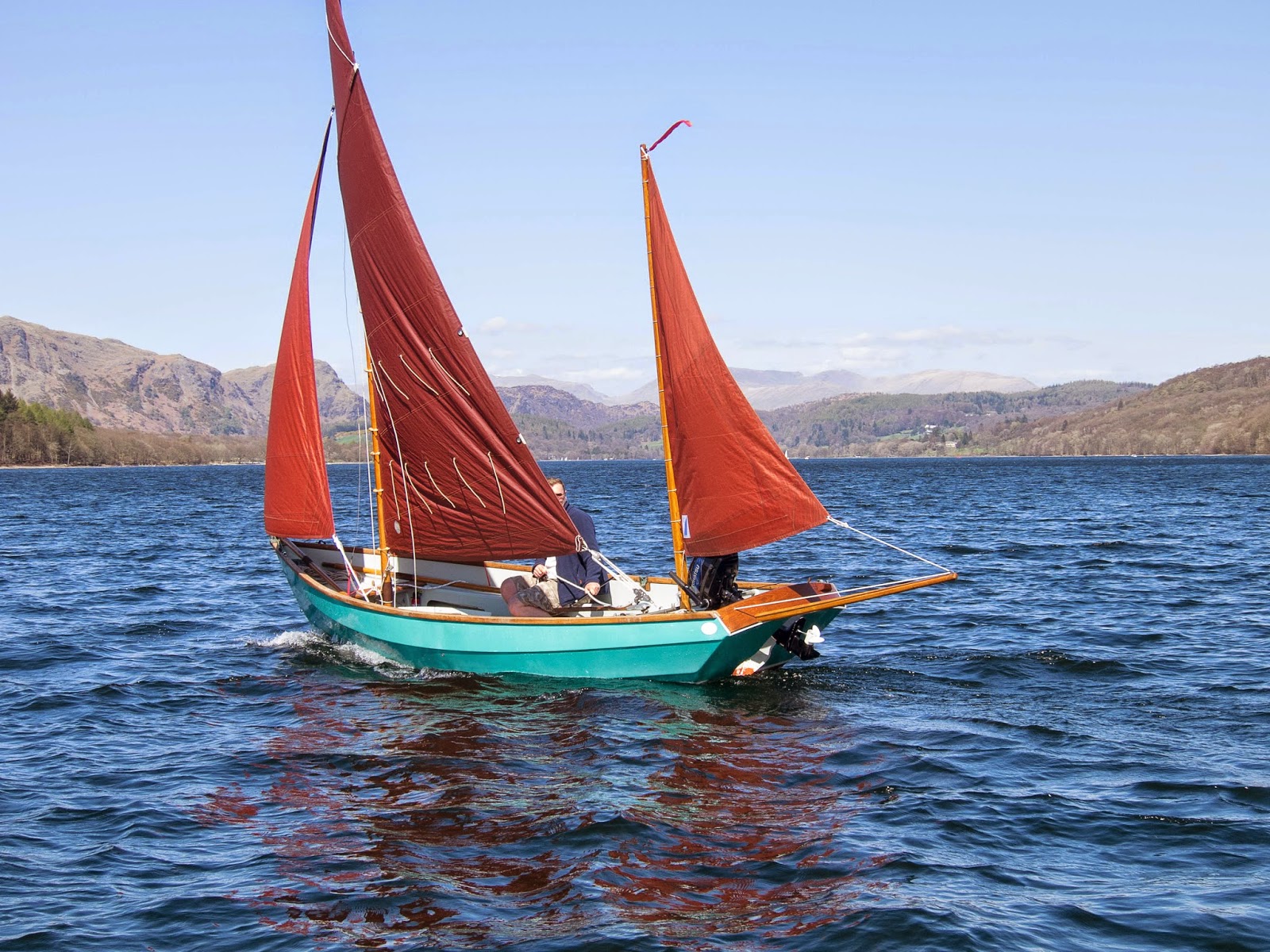 The Lugger is owned by another club member, who had come down for a sail. 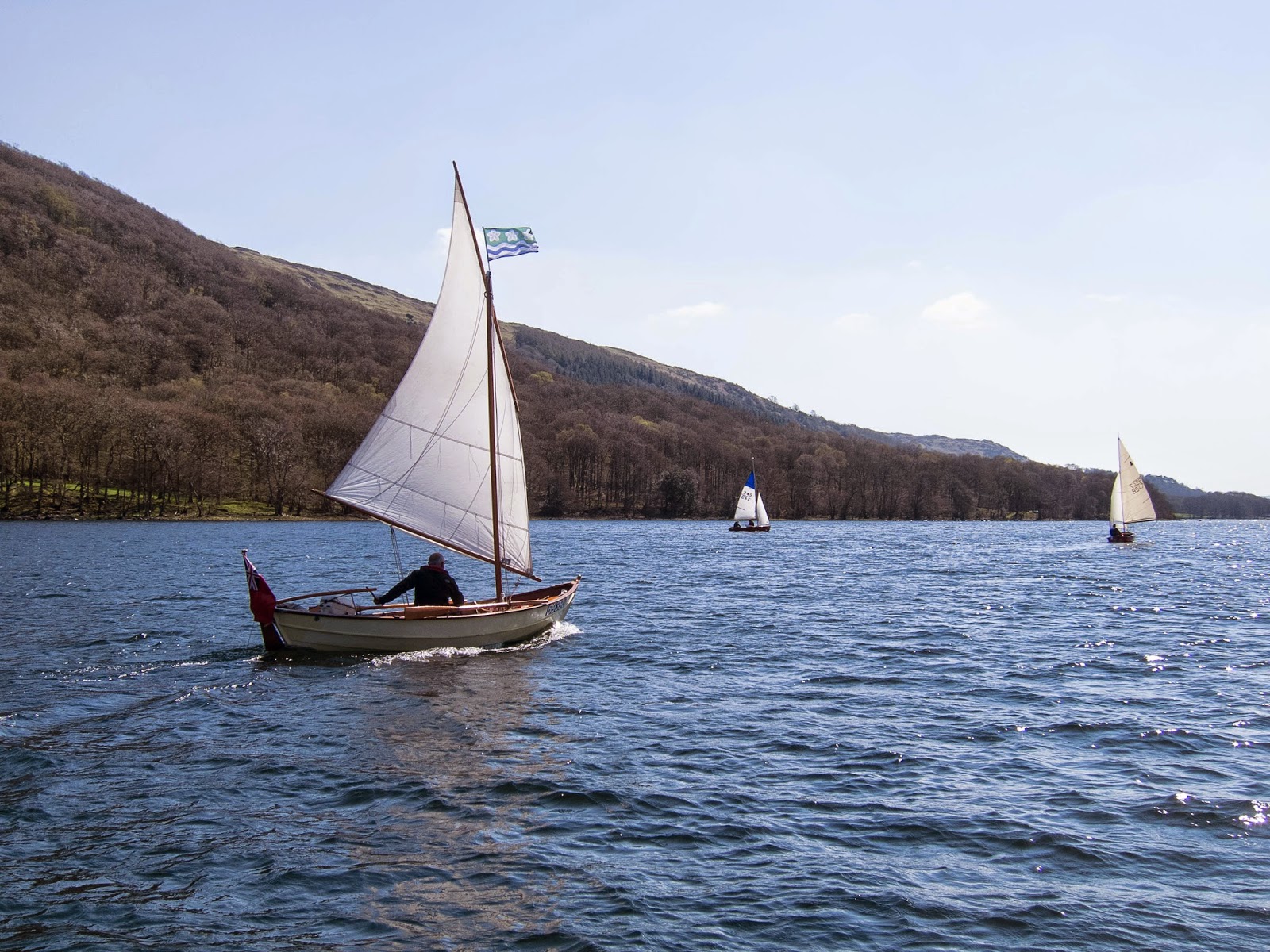 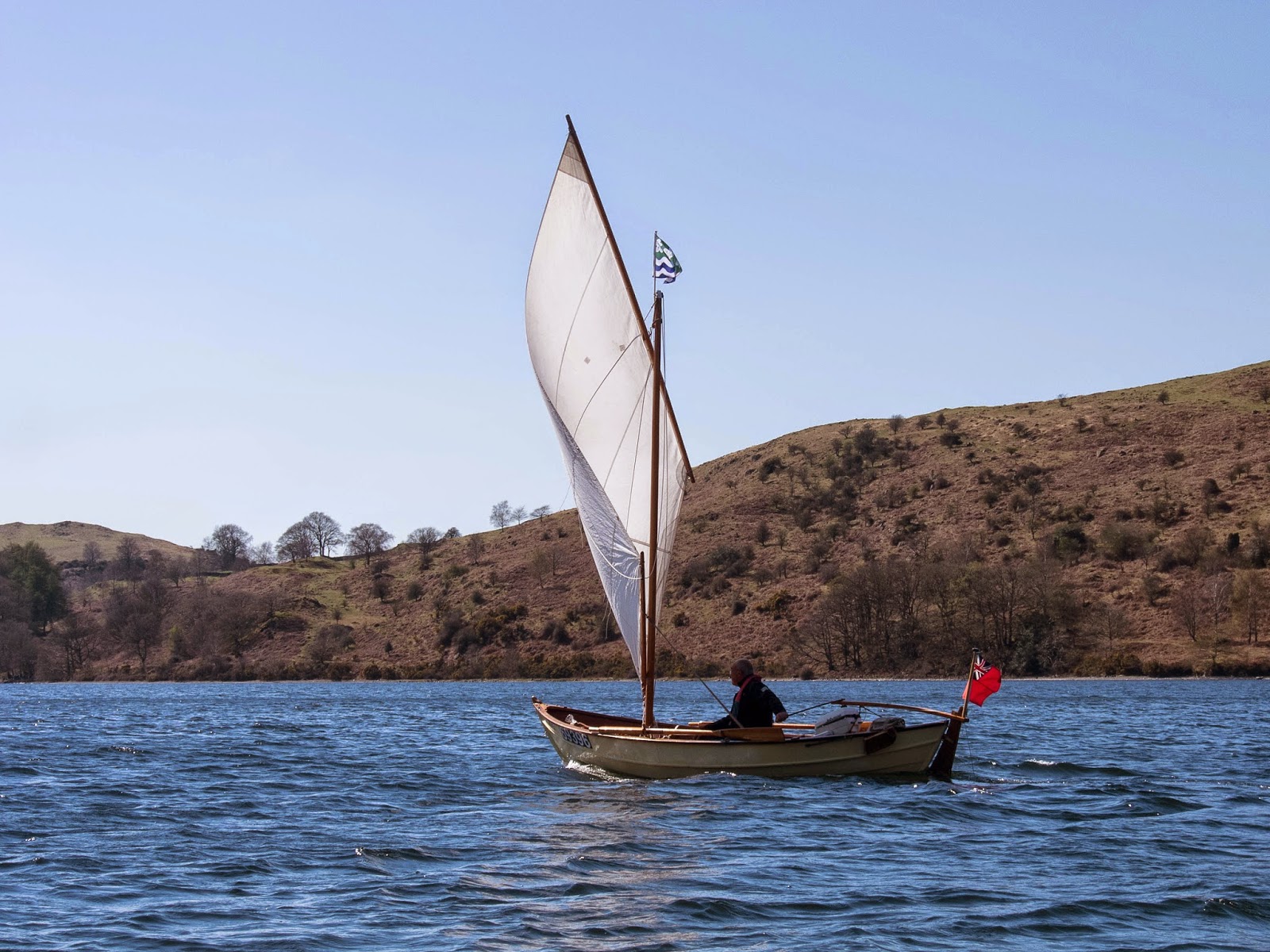 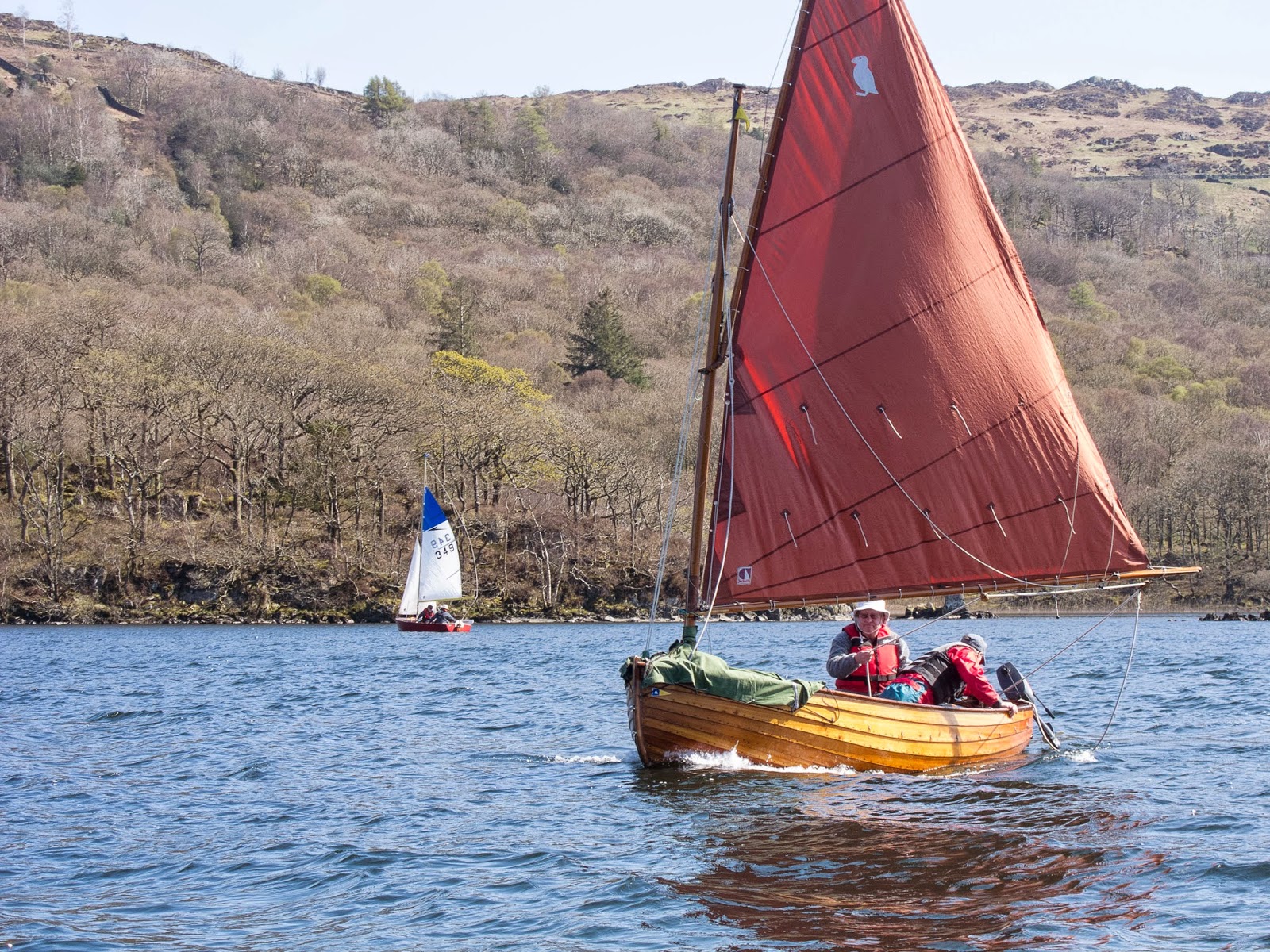 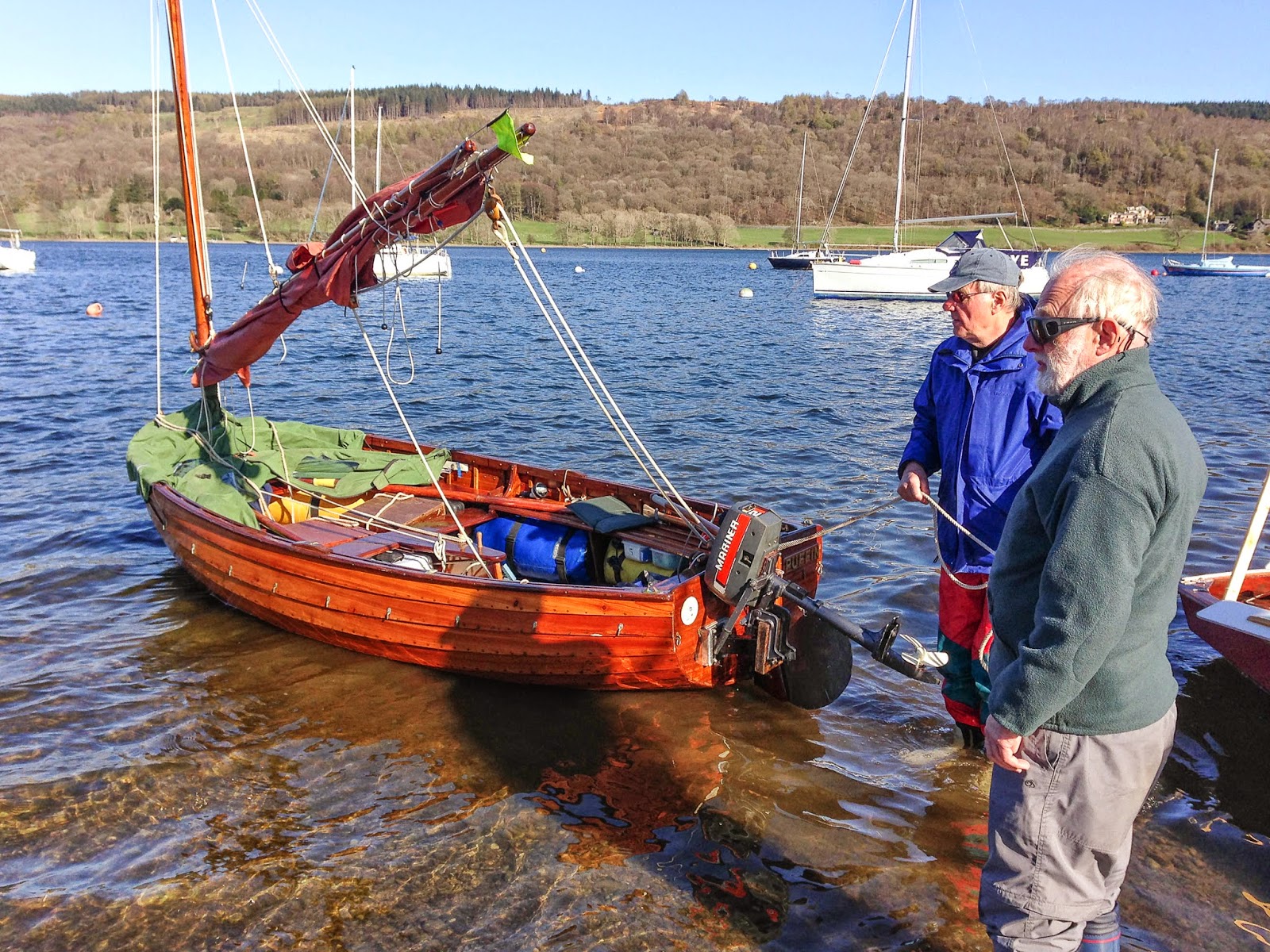 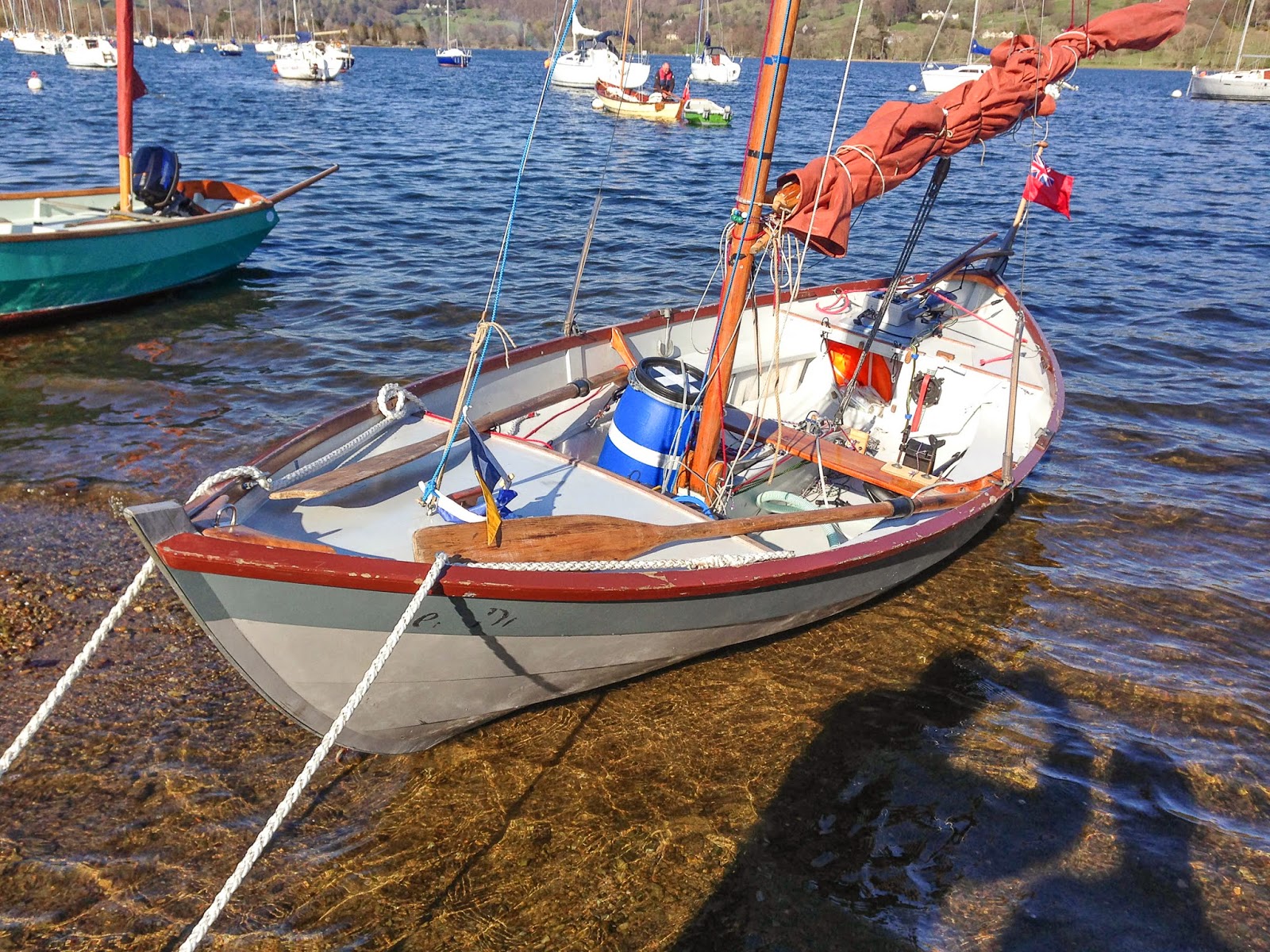 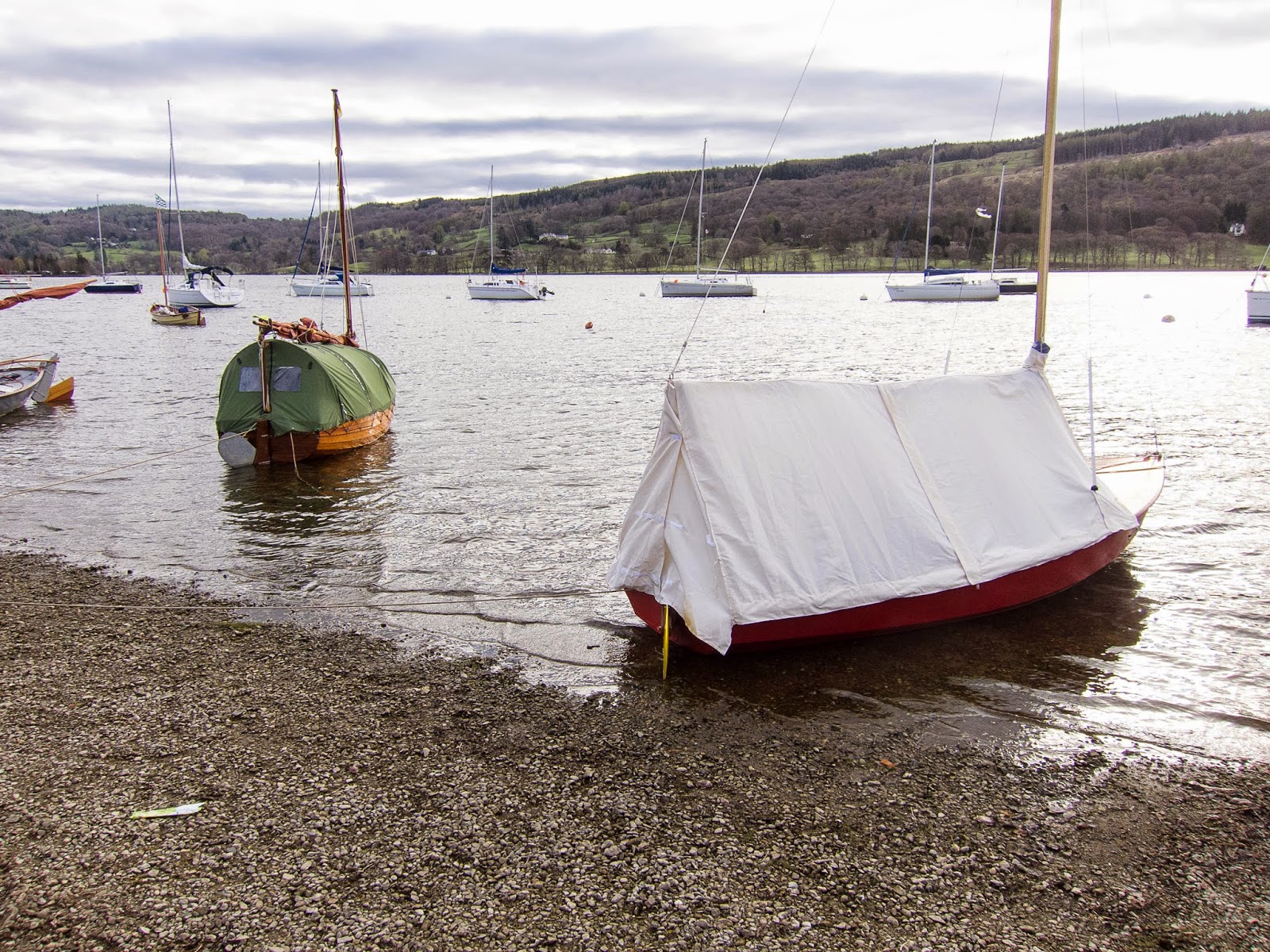 The weekend was a Dinghy Cruising Association meeting, which brought some interesting boats and their owners to the club for the weekend. The Coaster seemed luxury, when compared to cramped space for sleeping on board under canvas, which several of DCA members did. 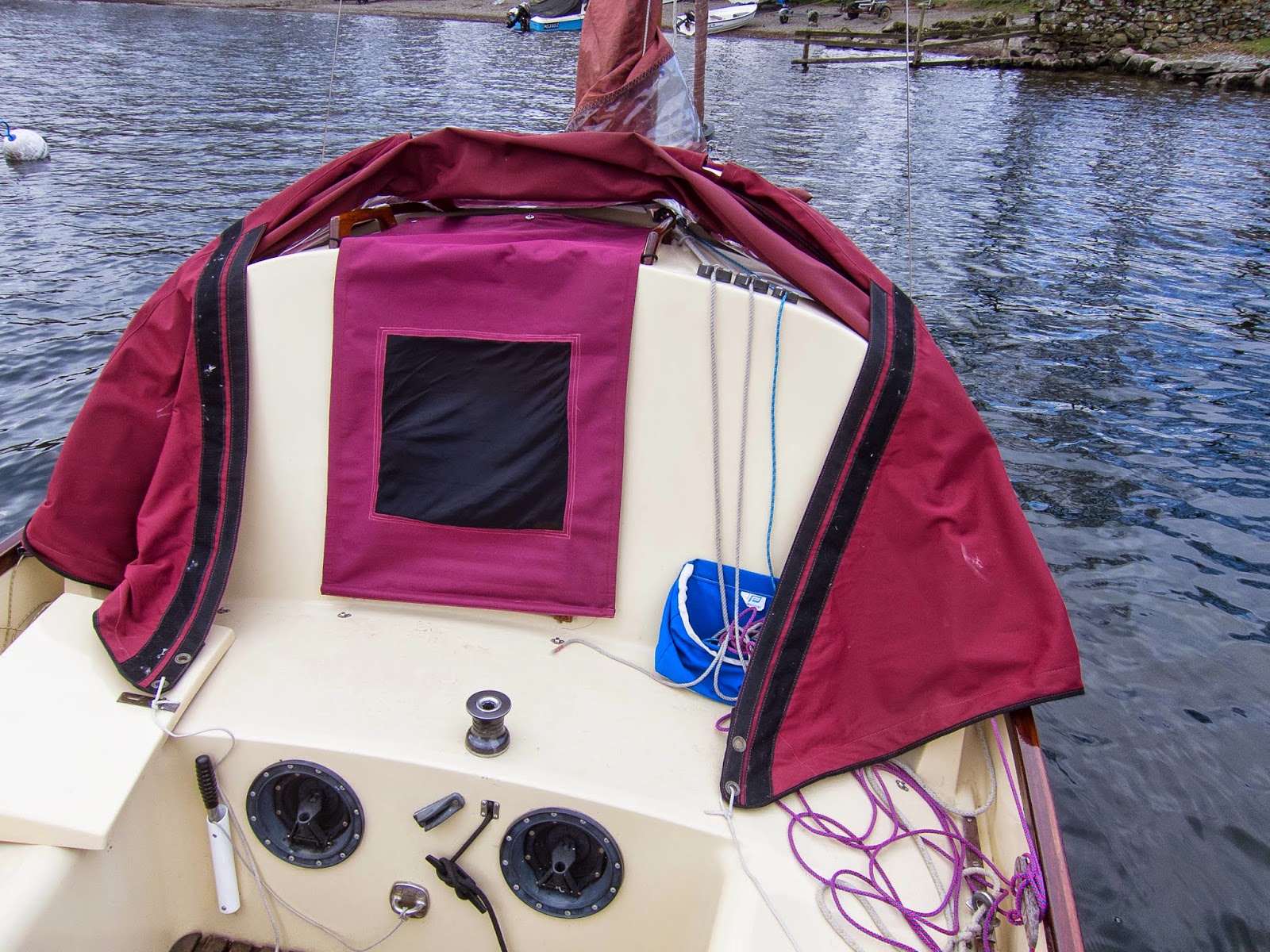 Two further developments on Kathleen was another doorway cover but with a mesh panel to keep some ventilation but not allowing any midges etc. in (hopefully). I intend to add a length of shock cord along the bottom of the doorway to hold the canvas cover down, if needed while sailing. 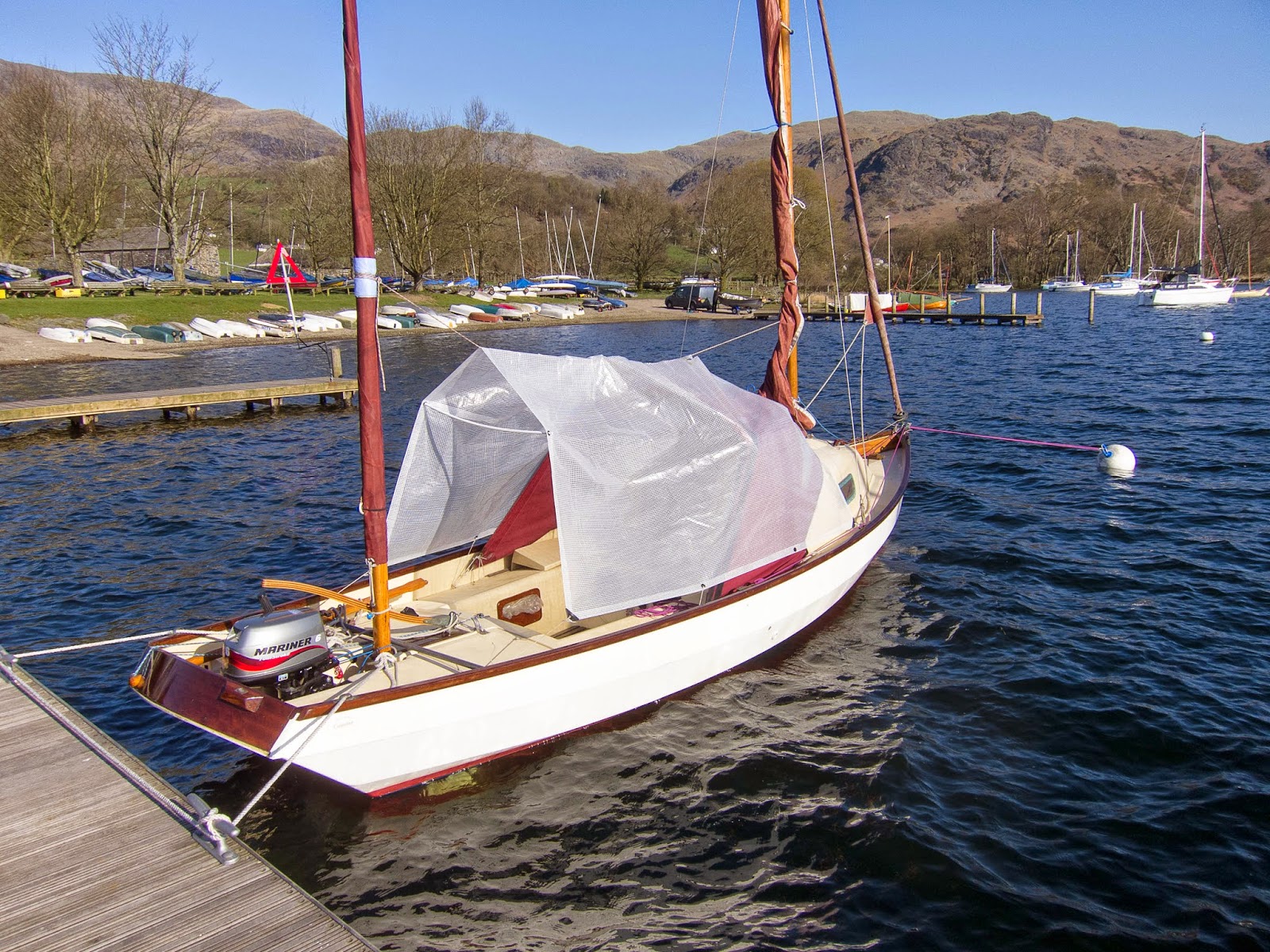 The plastic tarp has had some modification, with it being cut along the ridge, so it wraps around the hood, also a short piece of plastic tube has been added to hold the sides out at the rear. The end of the cut was reinforced to help prevent it from tearing.
Posted by Andy Biggs at 08:10