Talking with friends, we felt this was the first weekend this year that was reasonable weather on both days. Last weekend we'd hoped to canoe down Ullswater and have a birthday picnic with some friends. However, the wind was so strong that even the lake steamers were cancelled. As we walked round instead, you could see water spouts being created by the gusting wind. Sailing would have been an interesting exercise. 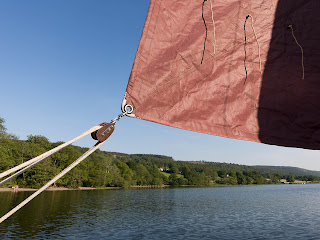 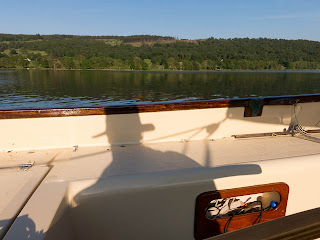 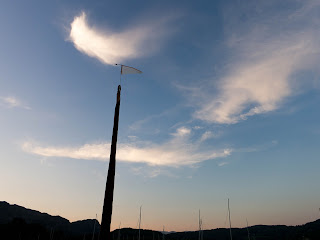 The lake narrows at its south end and then opens out to form a small area, which feels like another lake and is known as Nibthwaite. There is a jetty here, which is visited by the steam powered gondola. There are also a few more moorings, as well as some very desirable residential properties complete with their own boat houses. Just the place to keep a Drascombe afloat. 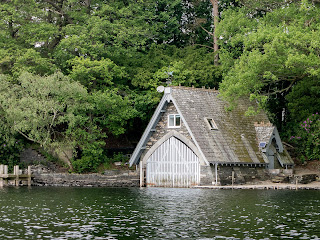 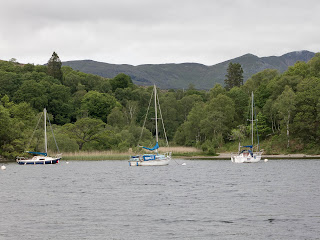 Although some of the boats moored here are clearly well looked after, there are several that seem never to be visited and are slowly turning green, which is a great shame. Soon they will beyond being usable if some TLC is not applied.. 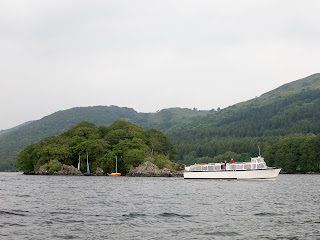 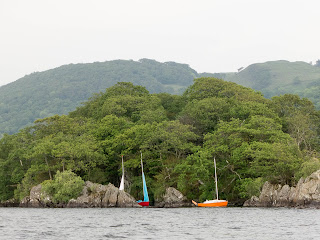 Also at the south end the lake is Peel Island, which was the inspiration for Arthur Ransom's Wild Cat Island. The secret harbour can be seen here and with care it is possible to land to explore the island.
Sophie Neville played the character Titty, in the original 1974 film and her blog gives an insight to the making of the film. She has also written a book about the making of the film. There are plans to remake the film but no signs yet of any film crews.
http://sophieneville.net/ 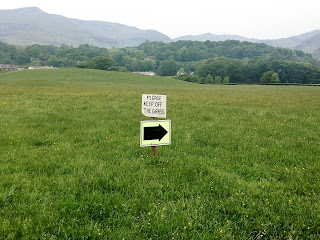 Seen while walking down from the sailing club to Coniston.

Email ThisBlogThis!Share to TwitterShare to FacebookShare to Pinterest
Labels: Coniston