This year's Scottish Cruise was very well organised and based at Craobh Haven, which provided a warm welcome and provided all the facilities we needed. There is a good wide slip and plenty of space for cars and trailers. Be careful if the slip is used a low tide, as there is a gap in the slip for large keel boats and it is easy to fall into or allow a trailer wheel to drop over the edge. 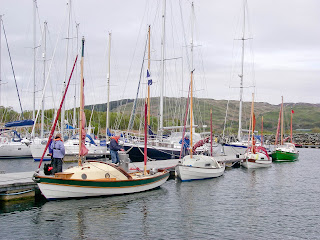 Some boats came just for the weekend, while six stayed on for the week. Unfortunately one other boat had to drop out due to outboard problems. We did all feel for them, as they had travelled a good distance. The weather remained cool and breezy but the rain did hold off for most of the time. However, the forecast did restrict our choice of destinations but we still managed to cover some good distances. 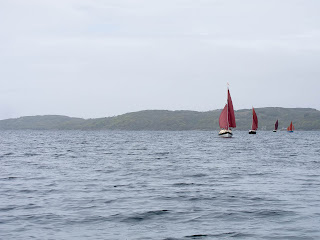 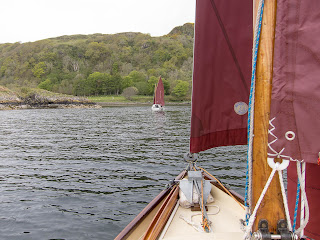 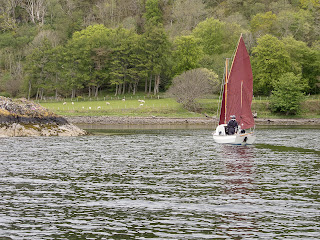 While heading around Eilean Coltair, we encountered, to our slight surprise, a small current flowing against us as we tried to pass through the narrow gap at the rear of the island. This was when the tide was meant to be ebbing out. We can only assume this flow must have been an eddy circling the Loch. 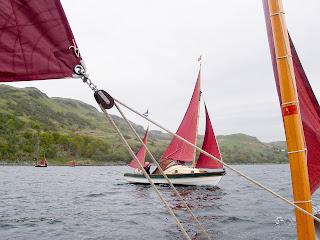 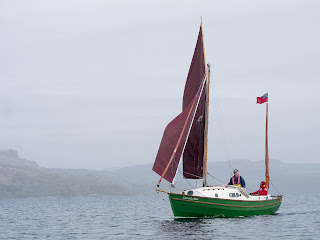 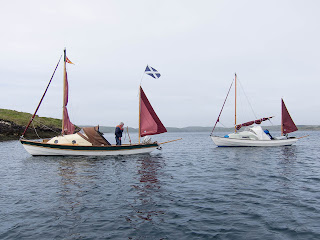 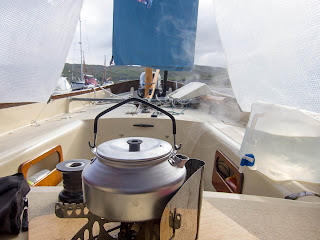 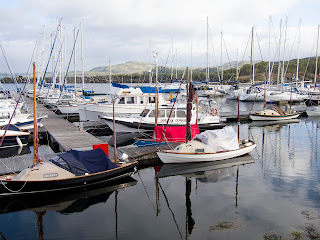 In Craobh Haven
The sail over to Lussa Bay on Jura did provide some excitement, as we found ourselves in south flowing tidal stream from the Corryvrecken, which took us East of Reisa an t-Sruith. Local knowledge suggests it is best to stay West of this group of rocks. There are considerable overfalls in the this area and the reason for this can easily be seen when looking at the chart, as it clearly shows considerable rapid changes in depth. In hindsight we should have motored over to the coast of Jura, when we realised we being taken to far East. Heading back from Lussa Bay to Crinan was easier, as once you are North of Carsaig Bay the tidal stream along the mainline coast is quite small. 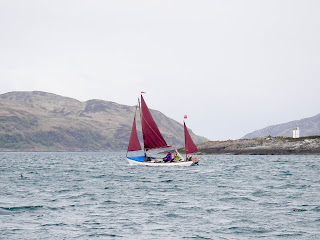 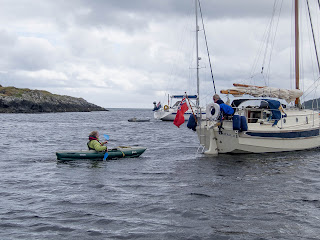 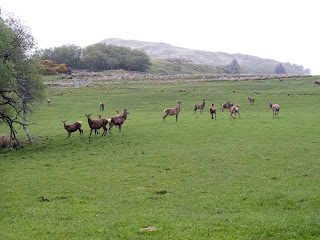 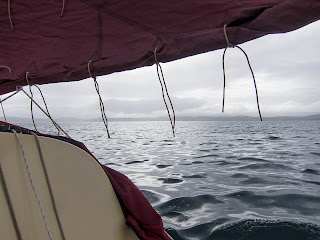 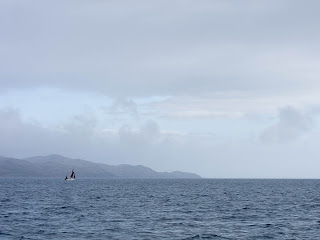 Heading towards Crinan
We'd hoped to anchor in the River Add, in a pool East of Crinan and this would certainly been possible if in hadn't been for an uncomfortable wind. So we headed back round and anchored in the bay East of Eilean da Mheinn, waiting for slack tide in Dorus Mor. We motored over to arrive slightly before the tide turned and managed to push through, before hoisting sails and headed NE in Loch Graignish. While going through Dorus Mor, we did wonder what the plan would be if the outboard decided to fail at this point. 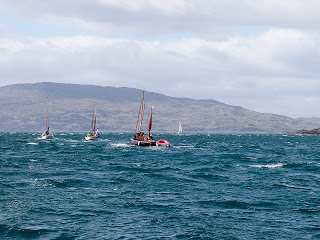 Through Dorus Mor, F5 headwind and a slackening tide
﻿ 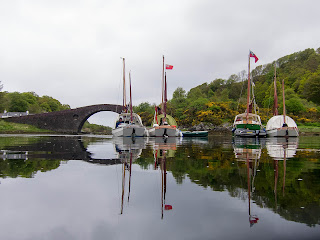 Clachan Bridge anchorage, in a shallow pool, large enough for six boats. As long as they are paired up with fore and aft anchors. The Clyde Cruising Club pilot gives detailed information about travelling through Clachan Sound. At the North end of the sound there is a bar, which restricts access. There is some debate about its actual height, but it was interesting to note that one of the Coasters managed to clear it one hour before HW on a Neap tide. 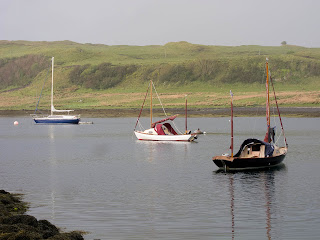 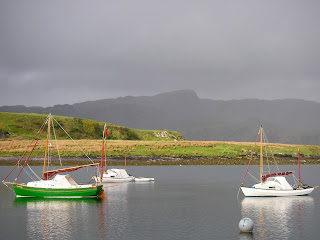 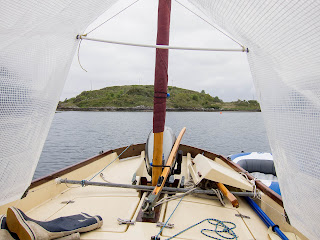 This was the first trip we used our tender, which can just be seen in the corner of the picture above. Some Coaster owners use an inflatable tender such as the Seago Roundtail, which retail for around £280 but these will not fit into the rear locker and have to be stored in the cabin or towed. We decided to go for a "budget" option and bought a Sevylor K65 for £40 ! It's clearly not as robust as the Seago but we were impressed by its ease of use, as well as its ability to fit into the rear locker. At most it needs to carry us to the shore, which is normally less than 100 metres and it did this with ease. The pump that comes with it is of poor quality and was replaced by another one, for £3 from Go Outdoors! 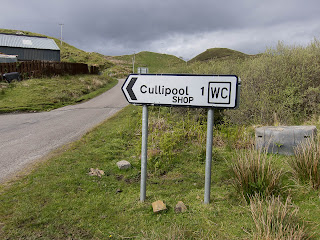 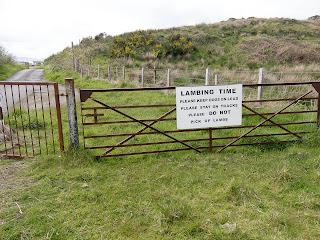 Ashore on Luing, we walked around the North end and unfortunately missed the opening hours for the new Atlantic Islands Centre, which serves food and provides a community hub.
http://www.isleofluing.org/atlantic-islands-centre/ 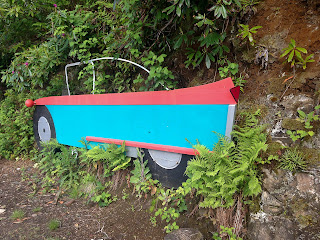 If you have the time, there is a pleasant walk from Craobh Haven past Lunga House and over the hill to Ardfern, where there is another marina and excellent café and craft centre, called the Crafty Kitchen.

Craobh Haven viewed from the South
Posted by Andy Biggs at 14:16