Having experienced the tail end of the Hurricane Bertha on the Isle of Skye while sea kayaking, I decided to head south for hopefully some more settled weather. As last year a rally had been organised for the last weekend in August, to be held at Chichester Marina. Arriving early on Wednesday morning gave the opportunity to sail for a few days before everyone else arrived. The weather held until Bank Holiday Monday, when it rained continuously for the whole day.

There were twelve Drascombes, which were joined by two local Shrimpers. The whole event was all very relaxed, with a meal at the yacht club on Friday and BBQ on the Saturday evening. As part of Sunday's sail we were invited to Dell Quay Sailing Club for coffee and cakes. The timing of this coincided with high tide, so we could use the club's jetty. The club plans to replace the jetty in the near future with a floating pontoon, which should give access for a greater length of time, as the area does dry out at low tide. 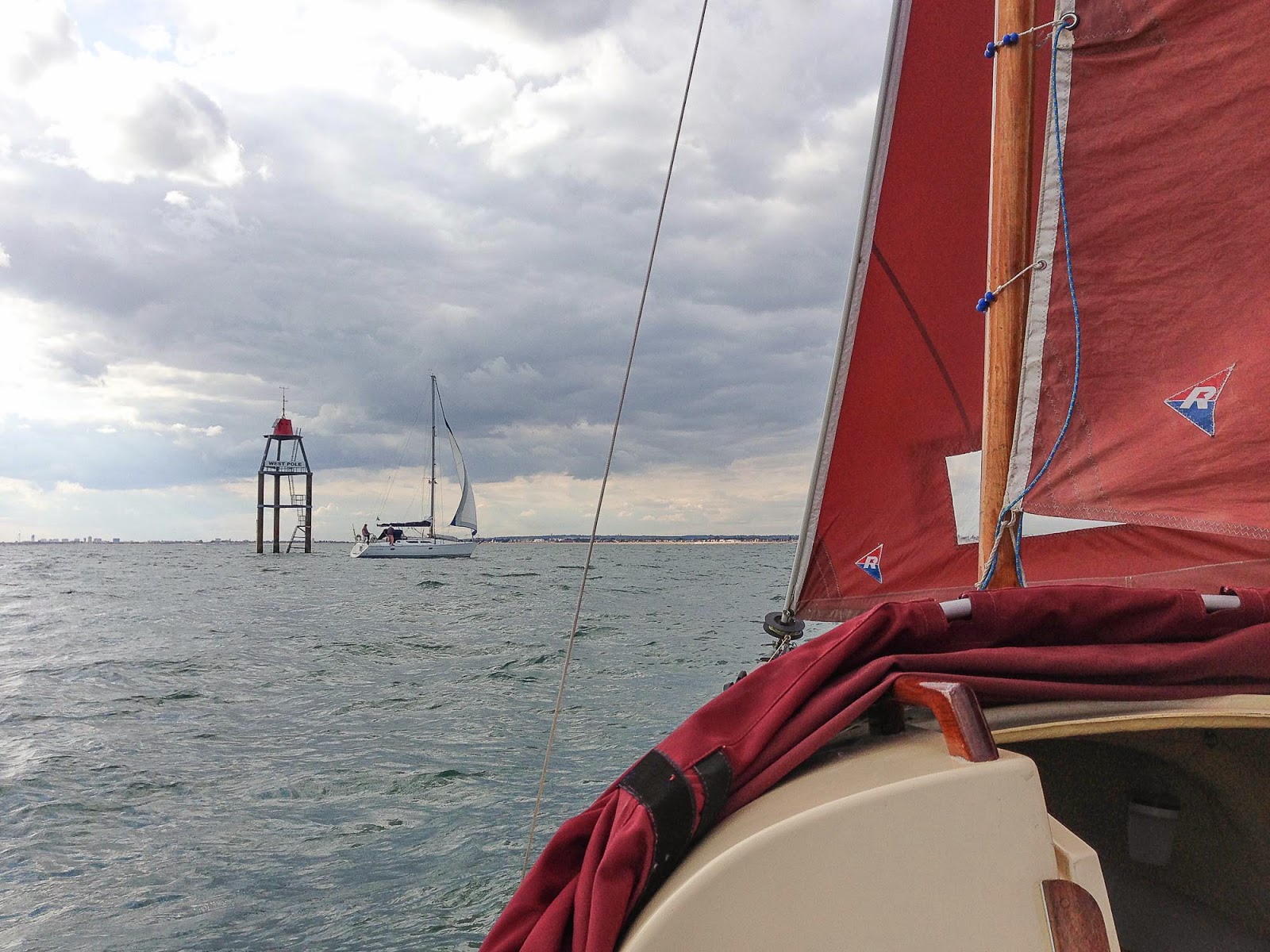 Heading out to West Pole, marking the entrance to Chichester Harbour 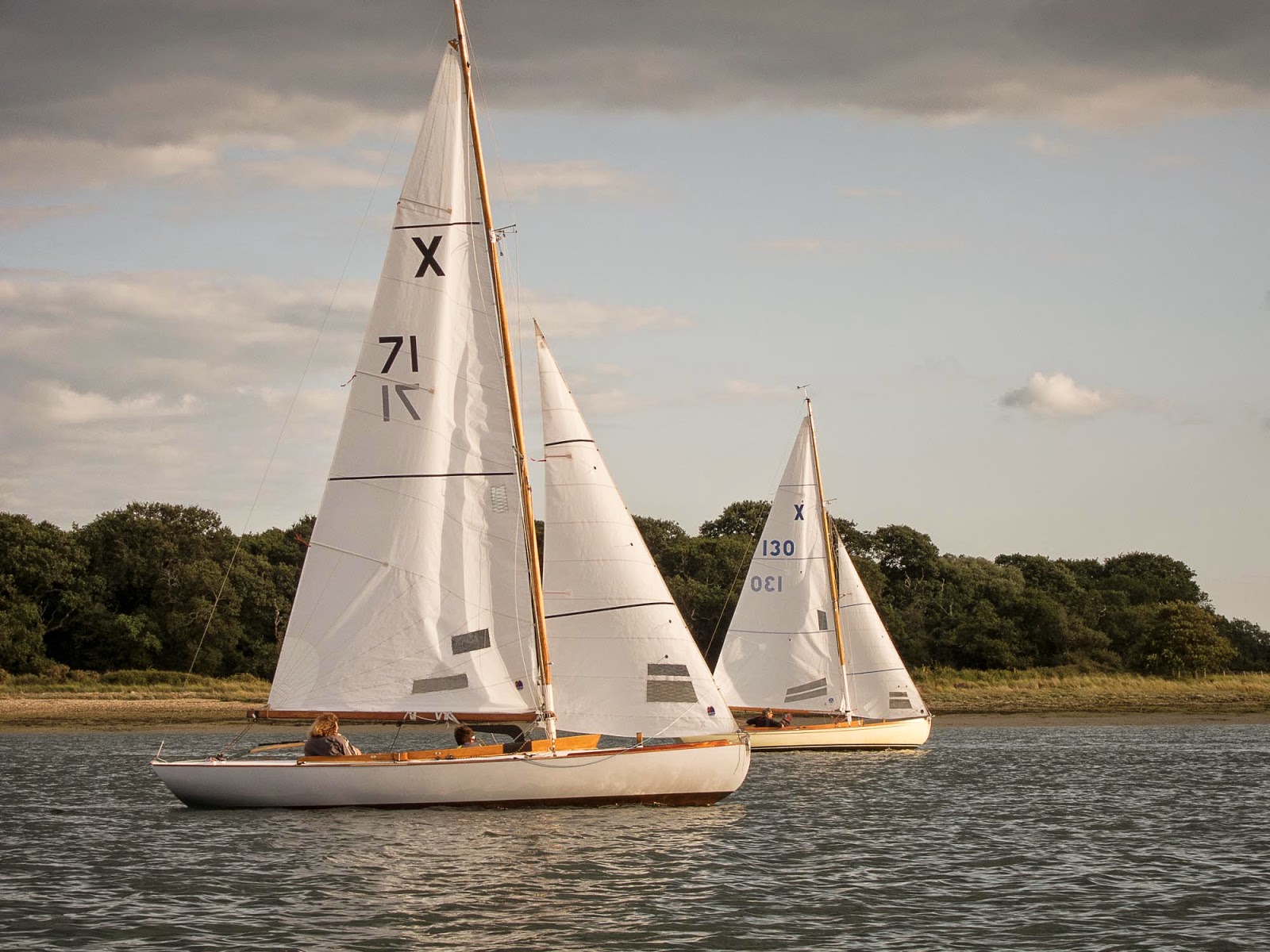 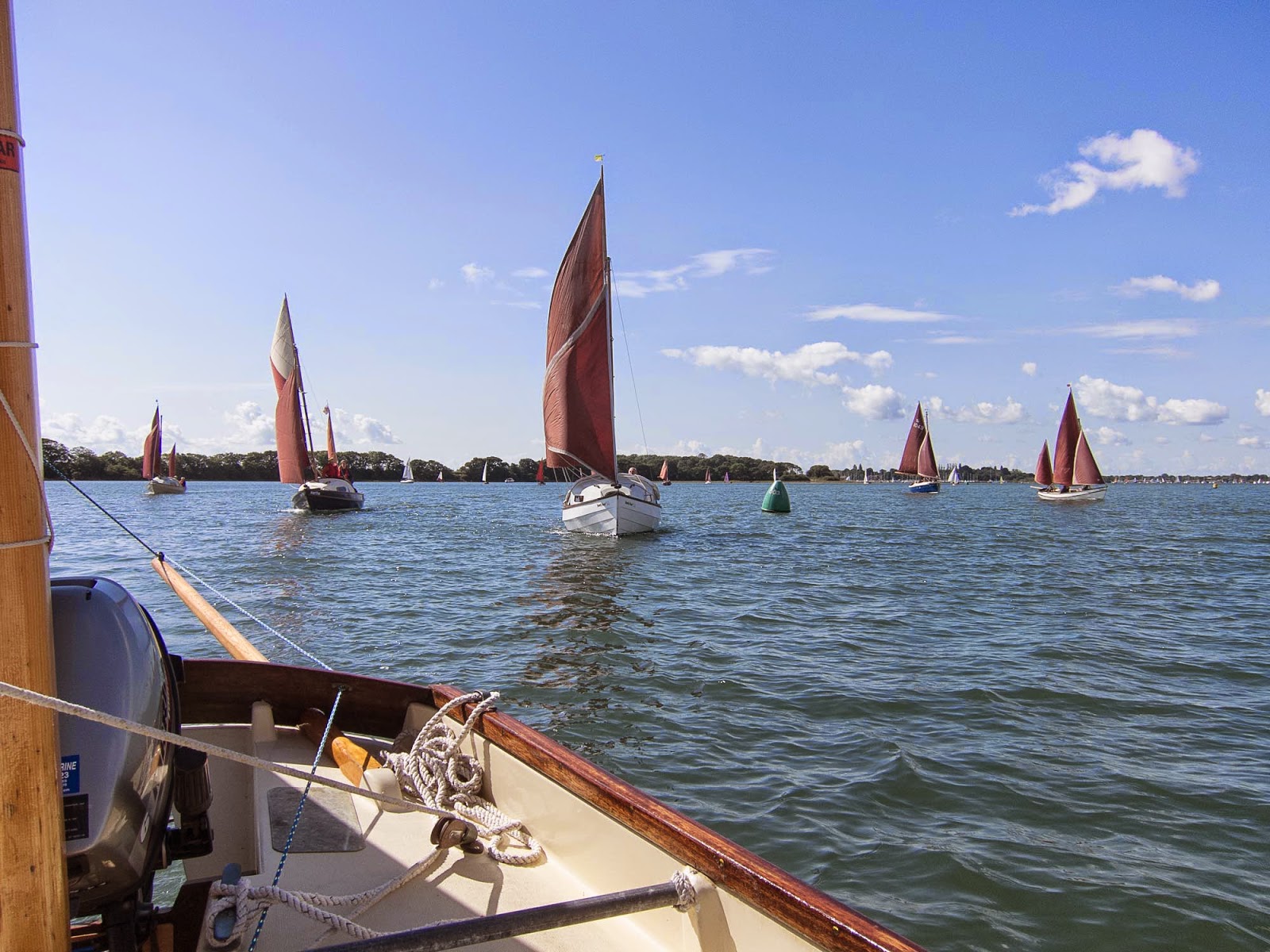 Heading out of the marina towards Dell Quay 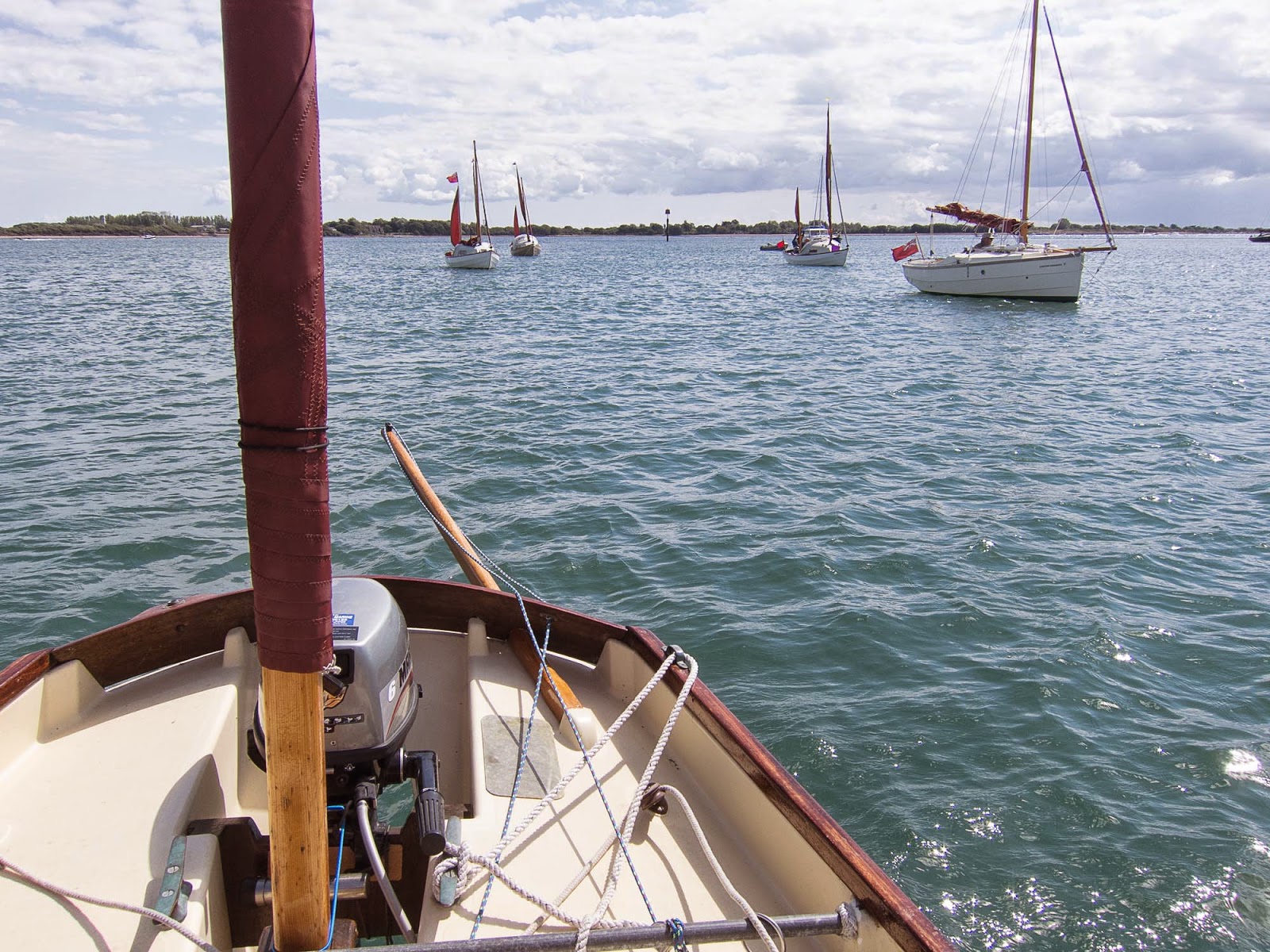 Anchored for lunch at Pilsey Island
﻿ 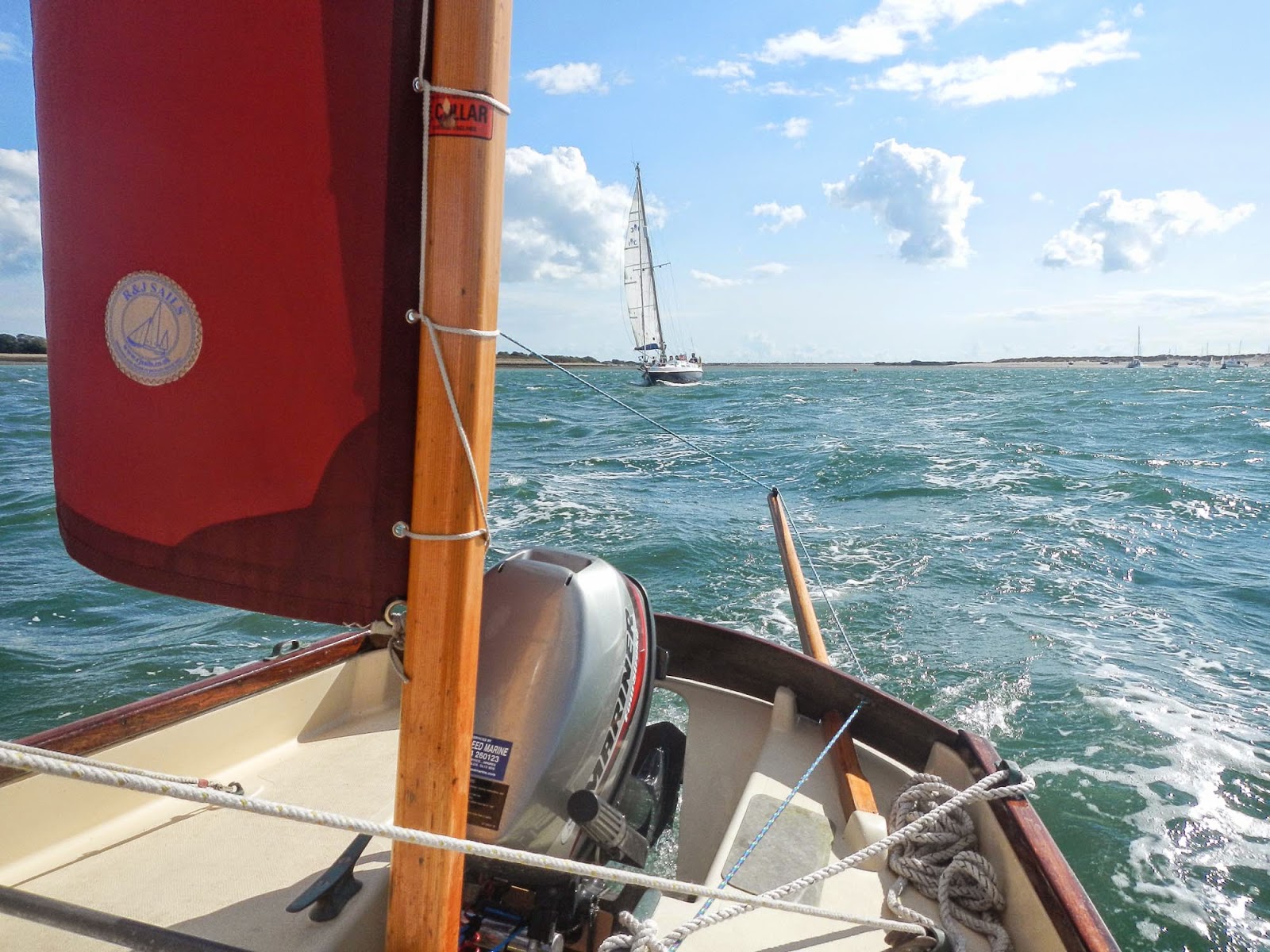 Heading back to the marina in an increasing wind 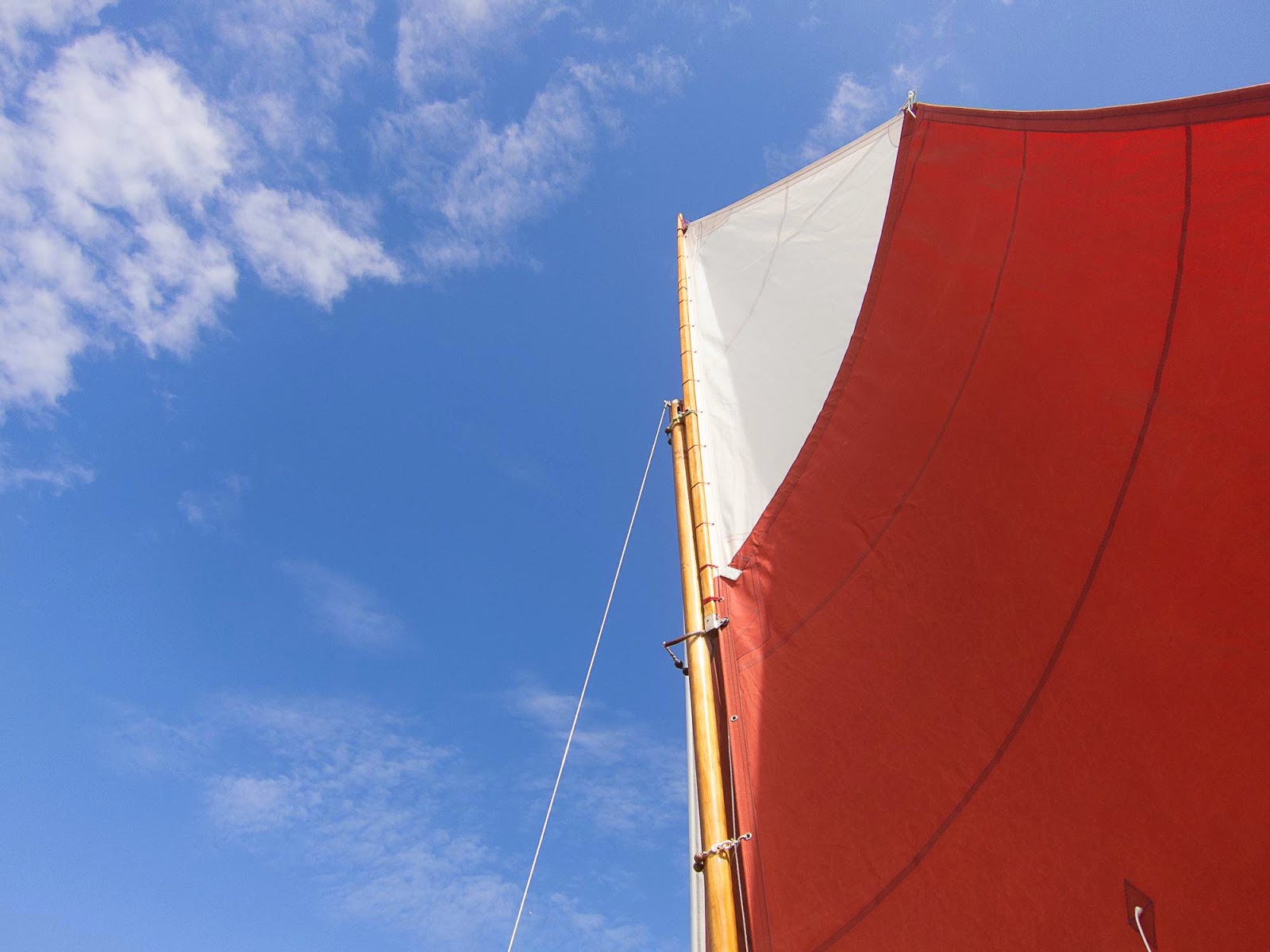 On the Sunday I took the opportunity of lighter winds to use, for the first time, a "High Gaff" mainsail, which came with the boat. It performed very well both fully set and reefed. 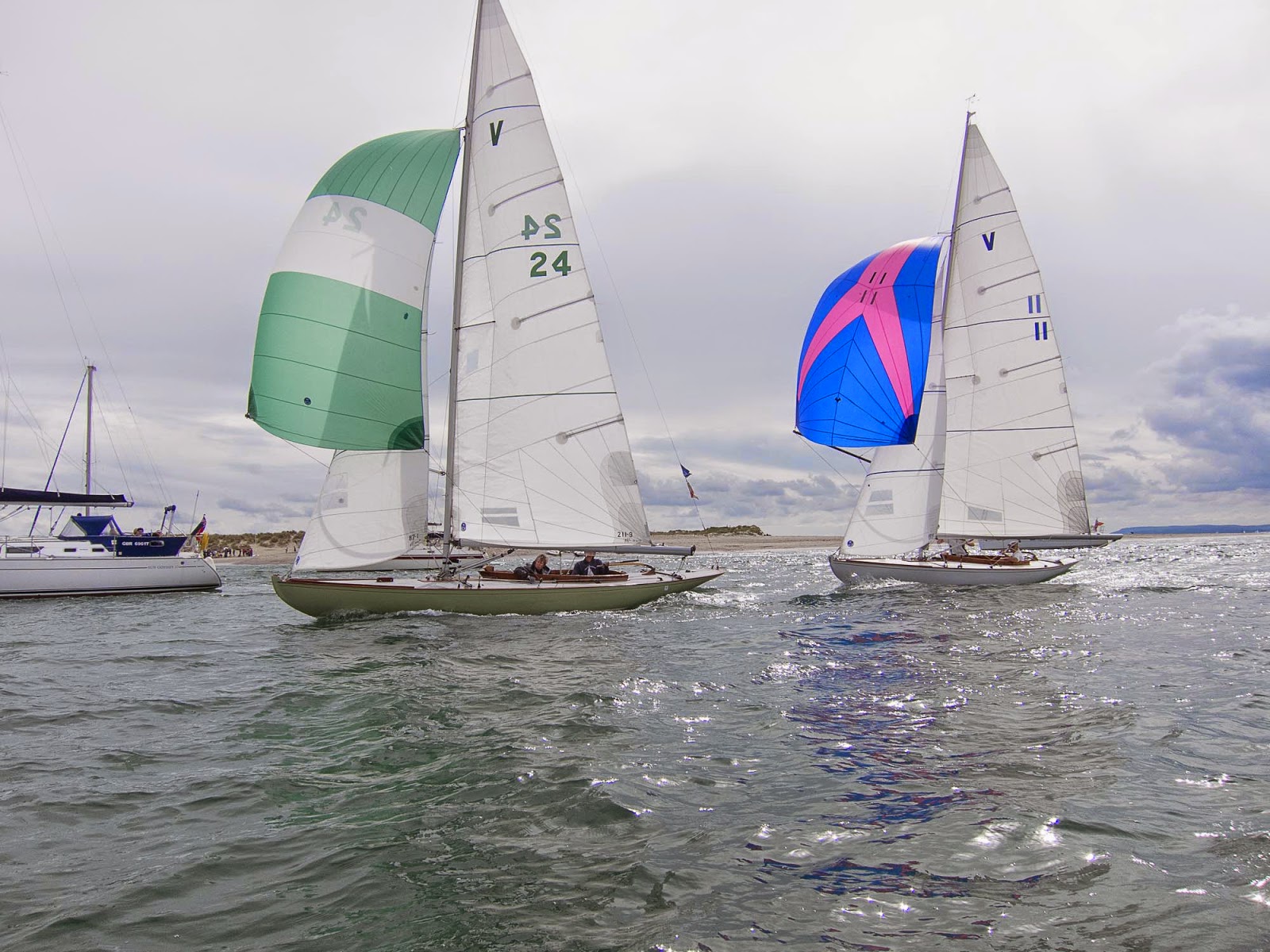